Tomorrow, December 1 at 6:30pm in Rausch Auditorium, the Global Politics Film Series will be showing our final film of this semester, Paradise Now. It is a Palestinian film that examines the motivations behind suicide terrorism, and follows the story of two childhood friends who have been recruited for a strike on Tel Aviv. 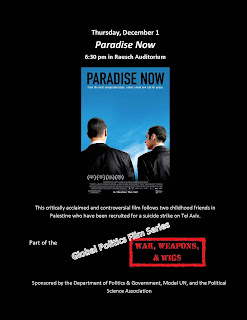 Posted by Zeke Rosenberg at 3:43 PM

Please consider sharing this email with your students. Winter break is a great time for students to reflect upon their personal collections and to consider an application. 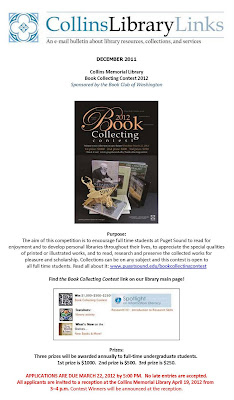 The Hertog Program is designed to allow exceptional students a rigorous look at the theory and practice of politics. In the heart of the nation's capital, on the campus of George Washington University, Hertog Fellows study classic trexts in political thought such as Plato's Republic, Machiavelli's Prince, and some of the seminal documents of American politics with an outstanding faculty. In addition, students study selected public policy issues with some of those who helped formulate and implement those policies.

The 2012 Hertog Program will have two parts each consisting of three sections of 15 students each:

1) The Hertog Summer Seminar is a full-scholarship, six-week program in the theory and practice of politics. In addition to the study mentioned above, students will hear from approximately 20 outside speaker from the world of political affairs- public officials, public policy analysts, and writers on politics and policy. Our speakers will include Bill Kristol, Juan Williams, David Brooks, and Charles Krauthammer. The Summer Seminar will begin June 11th and end July 20th. All students admitted will receive a full scholarship and a $3,000 stipend.

2) The Hertog Summer Fellowship is a new, two-week, full-scholarship program focusing on a single topic in political thought or area of public policy. While the Sumnmer Seminar program is designed for all undergraduateas, the Summer Fellowship is open to upper-level undergraduates and recent college geraduates. For 2012, our there se3ctions weill be devoted to foreign policy, democratice capitalism, and the futer of the welfare state, and tocqueville's Democracy in America. The Summer Fellowship will begin on July 23rd and end on August 3rd and each sutudent admitted will receive a full scholarship and a $1,000 stipend.

Posted by Zeke Rosenberg at 3:43 PM

The Inter-university Consortium for Political and Social Research (ICPSR), the world's largest archive of digital social science data, is now accepting applications for its annual summer internship program. ICPSR is a unit within the institute for Social Research at the University of Michigan. ICPSR's data are the foundation for thousands of research articles, reports, and books. Findings from these data are put to use by scholars, policy analysts, policy makers, the media, and the public.

Interns spend ten weekds from June 4- August 10, 2012, at ICPSR (Ann Arbor, Michigan), during which they will:
Compensation:
$3,000 - $5,000* stipend, room and partial-board in university housing, and a scholarship covering the cost of fees, rtexts, and materials for coursework in the ICPSR Summer Program.

Application Procedure:
Interested individuals should submit a cover letter of interest, resume or CV, two letters of recommendation, list of relevant courses, and contact information for the required two professional or faculty references through the University of Michigan Career Gateway: www.umjobs.org Job ID: 61320
Applications due by February 13, 2012.

Posted by Zeke Rosenberg at 3:42 PM

Get Involved with Profiles in Leadership!

Hello,
This is a quick email to the folks who teach classes involving politics, civics and the like. My name is Ben Anderstone and I’m a junior here at UPS. This coming Monday, I’m hosting an event along with BGLAD, Pierce County & UPS Young Democrats and the UPS Political Science Association. The event will bring in elected officials to discuss what it’s like to be a local leader, as well as opportunities for involvement in 2012. I hope you will pass it on to interested students and classes!

“PROFILES IN LEADERSHIP”: What local leaders are up to in 2012, and how we can get involved

What: A great opportunity for networking, learning and fun! Meet local leaders and discuss the big issues of 2012 (including marriage equality in Washington state), and how to get involved with leadership and activism.

Who: Invited guests include:

This event is free, and food and refreshments will be provided. Hope to see you there!

Posted by Zeke Rosenberg at 3:39 PM

We would like to inform you about the academic programme "Spring University Prague 2012", taking place at Charles University in Prague (Czech Republic) during April 2012 (April 16-27). Its topic is "East goes west- West goes east?: Searching for a new European order after 1990". This study programme is internationally acknowledged and recognized, succesful participants will be given 8 ECTS. For detailed information please see our official homepage http://springuniversity.fsv.cuni.cz.

We would appreciate if you could forward this message to your students and colleagues who might be interested in this programme.

Posted by Zeke Rosenberg at 3:31 PM

12/1 Philosophy and the Occupy Movement

INDIANAPOLIS (AP) — A teenager who was one of three American college students arrested during massive protests in Cairo is an idealist who got caught up in the pro-democracy movement sweeping Egypt, his mother said Tuesday.

An Egyptian official said the students were arrested on the roof of a university building where they were throwing firebombs at security forces fighting with protesters near Tahrir Square....

...Sweeney's mother, Joy Sweeney, described him as a principled person who stands up for his beliefs. He attended previous protests but stopped after a demonstration where dozens were killed, she said. He had assured his family the violence wasn't near him and he was safe.

"He got caught up in the whole college-change-the-world mentality, and he believes in democracy strongly," she said.

But she also said her son was the family peacemaker when siblings fought and she couldn't see him acting violently. 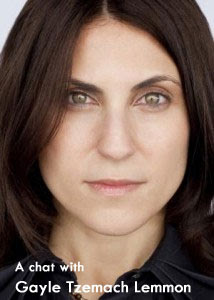 On Wednesday, November 30, Professor Seth Weinberger will be hosting the last Council on Foreign Relation’s conference call of the semester, from 9:00 – 10:00 AM in WY 226. The topic of this call is female entrepreneurship in Afghanistan, and the speaker will be Gayle Tzemach Lemmon, CFR's fellow and deputy director of the Women and Foreign Policy program.

Prior to joining CFR, Ms. Lemmon covered public policy and emerging markets for the global investment firm PIMCO, after working for nearly a decade as a journalist and producer with the ABC News political unit and "This Week with George Stephanopoulos." Her first book, "The Dressmaker of Khair Khana," a New York Times bestseller, tells the true story of a young Afghan entrepreneur whose business created jobs and hope for the women in her Kabul neighborhood during the Taliban years. Ms. Lemmon's work on women entrepreneurs in conflict and postconflict regions has appeared in the "Financial Times," "International Herald Tribune," and "Christian Science Monitor," as well as on multiple websites such as the "New York Times Global Edition," CNN.com, "Daily Beast," and "Huffington Post."

Please RSVP to Professor Weinberger (sweinberger@pugetsound.edu) if you would like to attend.

Congrats to Angela Fricilone '10 who was just accepted to Georgetown for their graduate program in Security Studies. Another success story--and another great alum that we look forward to hearing more from in future.
Posted by Patrick at 8:32 AM

I'm writing to you with news of an event that might interest some of the students in your field.

The African Alliance on campus, along with members from VOX, B-GLAD, and BSU, are hosting a benefit concert to raise funds for an organization called Support for International Change. All the funds gathered at the event will go towards HIV/AIDS education and prevention in Musanze, Rwanda. The concert will be at Metronome Coffee on 6th and Union at 7pm on Friday, November 18th. The concert will feature student musicians, including guitarist, Minh Nguyen, and bands Fang Chia and Cuneiform. Pre-sale admission tickets for $3 will be available in the SUB tomorrow from 11-2pm, and the cover charge is $5.


We would really appreciate it if you would announce this benefit concert to your students and colleagues.

Intensive language training has been offered at the Bloomington campus of Indiana University since 1950. The Summer Workshop provides up to 200 participants in Slavic, East European, and Central Asian languages the opportunity to complete a full year of college language instruction during an eight-week summer session.

Utilizing the resources of Indiana University's own specialists as well as native speakers from other universities and abroad, the Summer Workshop has developed and maintained a national program of the highest quality. Allowing all participants to pay in-state tuition fees, the program has as its goal the enhancement of speaking, reading, listening and writing skills through classroom instruction and a full range of extra-curricular activities. Fellowships and funding are available.

Applications for Summer 2012 will be available by December 2011.

The new millennium brings with it many opportunities and challenges. As a member of this ever changing world, the decisions you make today not only affect you, but others around you. What type of impact are you going to leave on our world? We invite you to join students from around the world and spend four weeks in Prague, Czech Republic for our 12th Annual Global Leadership Program in Prague, our 2nd Annual Women and Leadership Program, our newly expanded Global Leadership Program in Panama, or for one of our 2-week programs in Rome, Panama, or Prague training to become a global citizen, a future leader, and one of tomorrow's great social innovators. Final deadline is December 1st, 2011

For more information, go to www.globalleaders.info