CFR Conference Call: "What’s Next for Iraq and the Middle East" with Colin H. Kahl

On behalf of the Council on Foreign Relations (CFR), I invite you to participate in the first session of the Fall 2014 CFR Academic Conference Call series. Colin H. Kahl, associate professor at Georgetown University's Edmund A. Walsh School of Foreign Service, will discuss ongoing turmoil in Iraq and evaluate U.S. policy options for contributing to stability in the region.

Dr. Kahl is a senior fellow at the Center for a New American Security and a regular consultant for the U.S. Department of Defense and intelligence community. He has published articles on U.S. policy in the Middle East in "Al-Monitor," "Foreign Affairs," "Foreign Policy," "National Interest," and the "New York Times," among others. From February 2009 to December 2011, Dr. Kahl was the deputy assistant secretary of defense for the Middle East at the U.S. Department of Defense. In this capacity, he served as the senior policy adviser to the secretary of defense for Egypt, Iran, Iraq, Israel and the Palestinian territories, Saudi Arabia, Syria, Yemen, and six other countries in the Levant and Persian Gulf. In June 2011, Dr. Kahl was awarded the Secretary of Defense Medal for Outstanding Public Service by Defense Secretary Robert Gates.

This is an excellent opportunity to learn more about the situation in Iraq and to discuss US options with a policy expert! I hope to see you there! Please RSVP to me at sweinberger@pugetsound.edu if you're interested...
______________________________
Seth Weinberger
Associate Professor
Department of Politics & Government
University of Puget Sound
Posted by Irene lim at 3:49 PM 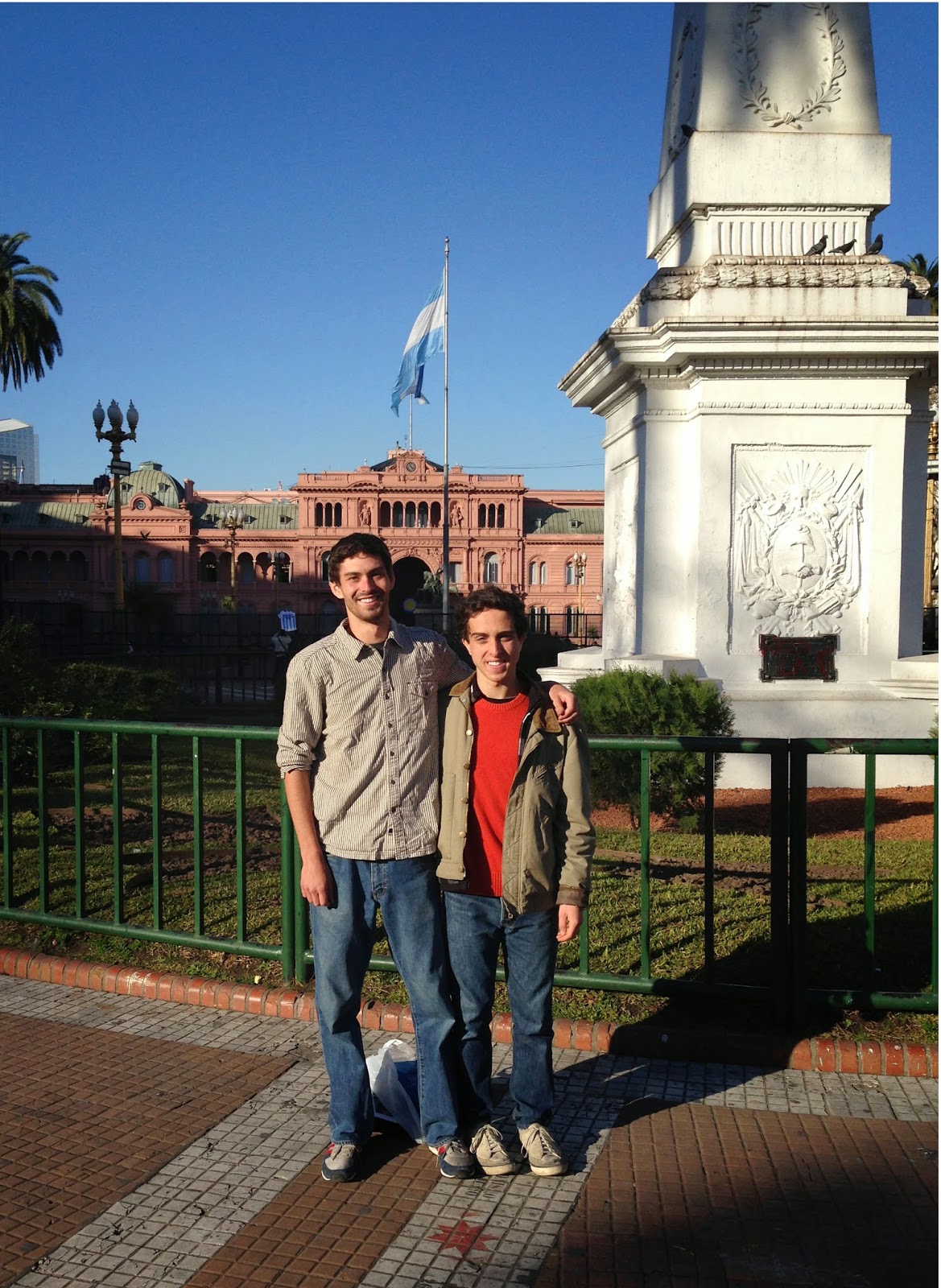 After graduating my friend and I decided to take a break and explore Latin America for two months before joining the work force. We started out trip in Costa Rica, then worked our way down through Panama, over to Colombia, then down to Argentina, across to Chile, and up to Peru.  Although Costa Rica and Panama were interesting and unique in their own ways, in my personal opinion I found Colombia, Argentina, Chile, and Peru to be much more fascinating, and your Latin American politics course was certainly one of the main reasons for this.

When I visited the city of Medellín in Colombia the enormous buildings erected by Pablo Escobar were unbelievable.  They span all over the city and throughout the suburbs as far as you can see.  The city has certainly come a long, long way from the days of the drug cartels, and I found it to be one of the most modernized, clean, and enjoyable cities I visited in my travels.

When I arrived into Buenos Aires I met up with Michael Greenblatt, coincidentally my partner for our Argentina current event presentation assignment PG 380.  We went to one of the weekly protests for the "Asociatión Madres Plaza de Mayo."  It was one of the most unreal experiences in my life seeing these women, 40 years after the coup d'etat still marching and protesting for the retrieval of their disappeared sons.  It was also interesting talking to the locals in Buenos Aires about Cristina Kirchner (most everyone I talked to didn't like her at all, but I was told that most of her support comes from the smaller cities and towns in the rest of the country.)  I also had the chance to see Evita's tombstone in the national cemetery - that was awesome!

In Chile I tried to make it out to see the national soccer stadium but unfortunately didn't have enough time to.  I did however have the opportunity of seeing Salvador Allende's tombstone

Field Internship on the Adam Smith for Congress Campaign

The Adam Smith for Congress campaign is seeking motivated and talented people to be Field Interns from early September through the November 4th election. Course credit may be available with approval from your school. This internship is an opportunity to learn hands-on about the many aspects of a political campaign out on the campaign trail. Field interns will work in conjunction with the Adam Smith for Congress Campaign Manager and Field Organizer. Schedule is flexible, some weekends required. Training will be provided.

Duties include: Knocking on doors across the 9th Congressional District and talking with voters, participating in sign-waving events, posting yard signs and conducting volunteer recruitment and coordinating volunteer activities

Qualifications: Interns should posses a strong work ethic, the ability to interact comfortably with the public, and close attention to detail. Interest in public service, politics and community issues is encouraged, and foreign language speaker is a plus.

Contact Information: If you are interested in a Field Internship position with Congressman Adam Smith's campaign, please email resume to Rebecca Bryant (Campaign Manager) at Rebecca@electadamsmith.com