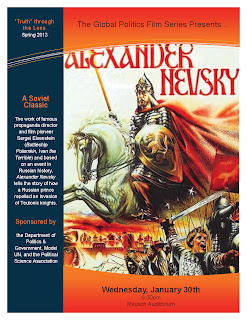 We are now accepting applications for the U.S. Department of State 2013 Fall Student Internship Program (unpaid).
Click here (https://state.usajobs.gov/GetJob/ViewDetails/336405300?source=govdelivery) to go directly to USAJobs to start the Gateway to State online application. Please note that the deadline to submit completed applications is March 1, 2013.
This program offers U.S. citizen undergraduate and graduate students the opportunity to participate in 10-week, unpaid internships that provide intensive educational and professional experience within the environment of America’s principle foreign affairs agency.
The unpaid internships are available at many of the over 265 U.S. embassies, consulates and missions to international organizations around the world, as well as at the Department of State in Washington, D.C. and other locations throughout the U.S. Participants gain first-hand, hands-on experience, and learn the realities of working in – and with – Foreign and Civil Service professionals who are at the forefront of America’s diplomatic efforts.
As an unpaid intern, you may have the opportunity to:
So consider spending your Fall 2013 with the U.S. Department of State, witnessing and participating in the formulation and implementation of U.S. foreign policy, working closely with the U.S. diplomats and civil servants who carry out America’s foreign policy initiatives. You’ll not only have an experience of a lifetime, you may even earn educational credit.*
* Applicants who are selected for a U.S. Department of State Student Internship Program (unpaid) can contact the selecting bureau, or the central Student Programs office, if they require further details about the program to support their request for academic credit.

Please visit http://careers.state.gov/students/programs for more information about the Fall 2013 Student Internship Program (unpaid), and to start the online application process via USAJobs. Please note that the deadline to submit completed applications is March 1, 2013.

We appreciate your interest in a career with the U.S. Department of State.
Visit our forums if you have any questions, or to search for topics of interest. The forums can be found under Engage on the careers.state.gov website. You can also search our FAQs for more information.
Posted by Zeke Rosenberg at 11:35 AM

On behalf of the Council on Foreign Relations (CFR), Professor Seth Weinberger invites you to participate in the first session of the Winter/Spring 2013 CFR Academic Conference Call series on Wednesday, February 6, from 9:00 to 10:00 AM in WY 226. Elliott Abrams and Ed Husain, CFR senior fellows for Middle Eastern studies, will give an overview of the current situation in Syria and discuss challenges that lie ahead for the country and the international community.

Mr. Abrams served as deputy assistant to the president and deputy national security adviser in the George W. Bush administration, where he supervised U.S. policy in the Middle East. He joined the Bush administration in June 2001 as special assistant to the president and senior director of the National Security Council for democracy, human rights, and international organizations. Mr. Abrams teaches U.S. foreign policy at Georgetown University's Edmund A. Walsh School of Foreign Service and is the author of four books, including the recently published "Tested by Zion: The Bush Administration and the Israeli-Palestinian Conflict."

Prior to joining CFR, Mr. Husain was cofounder and codirector of Quilliam Foundation, the world's first counter-radicalization think tank. Formerly an activist of Jamat-e-Islami, Hizb ut-Tahrir, and Muslim Brotherhood front organizations in the United Kingdom, he has now become a strong critic of extremism and Islamism. Mr. Husain is the author of "The Islamist," a finalist for the George Orwell prize for political writing. His next book, "The Sufis," will be published later this year.

Please RSVP to Professor Weinberger (sweinberger@pugetsound.edu) ASAP if you would like to attend…

Hope to see you there!

Thanks!
Posted by Zeke Rosenberg at 11:24 AM

Early Winter Application Deadline - February 6th– Apply Today!
Green Corps is looking for college graduates who are ready to take on the biggest environmental challenges of our day.

In Green Corps’ year-long paid program, you’ll get intensive training in the skills you’ll need to make a difference in the world. You’ll get hands-on experience fighting to solve urgent environmental problems — global warming, deforestation, water pollution and many others — with groups such as Sierra Club and Food and Water Watch. And, when you graduate from Green Corps, we’ll help you find a career with one of the nation’s leading environmental and social change groups.  Click here to find out more.

In your year with Green Corps: You’ll get great training with some of the most experienced organizers in the field: Green Corps organizers take part in trainings with leading figures in the environmental and social change movements: people such as Adam Ruben, political director of MoveOn.org, and Bill McKibben, author and organizer of the 350.org. You’ll get amazing experience working on environmental issues across the country: Green Corps sends organizers to jumpstart campaigns for groups such as Rainforest Action Network, Sierra Club, Greenpeace, Food and Water Watch and Environment America all across the country.

You’ll have a real impact on some of the biggest environmental problems we’re facing today: Green Corps organizers have built the campaigns that helped keep the Arctic safe from drilling, that led to new laws that support clean, renewable energy, that convinced major corporations to stop dumping in our oceans and much, much more. You’ll even get paid: Green Corps Organizers earn a salary of $23,750. Organizers also have a chance to opt into our health care program with a pre-tax monthly salary deferral. We offer paid sick days and holidays, two weeks paid vacation and a student loan repayment program for those who qualify.

And when you graduate from the program, you’ll be ready for what comes next: Green Corps will help connect you to environmental and progressive groups that are looking for full-time staff to build their organizations and help them create social change and protect our environment. In the next few months, we‘ll invite 35 college graduates to join Green Corps in 2013-2014. We’re looking for people who are serious about saving the planet, people who have taken initiative on their campus or community, and people who are willing to roll up their sleeves and work for change over the long haul.

If you think you’re one of those people, then click here to submit your application to join the 2013-2014 class of Green Corps’ Field School for Environmental Organizing. Green Corps’ yearlong program begins in August 2013 with Introductory Classroom Training in Boston, and continues with field placements in multiple locations across the country.  Candidates must be willing to relocate. For more information, fill out our interest form and we'll be in touch! If you have any questions, contact Michelle Kim at michelle@greencorps.org, or (301) 448-0837.
Posted by Zeke Rosenberg at 11:20 AM

The Washington, D.C. and the Issaquah Offices of Congressman Dave Reichert, as well as the Wenatchee Office, which we anticipate opening on February 4th, are excited to announce that we are now accepting spring internship applications. Interns are an integral part of our office, working on the front lines of constituent services.

This is an excellent opportunity for students to gain first-hand knowledge on the inner workings of the federal government. Internship responsibilities include, but are not limited to, researching constituent requests, drafting correspondence, constituent outreach, keeping up to date on local and national issues, and data entry.  There are also opportunities for long-term research and outreach projects.

We are looking for applicants interested in government, law, public policy, or social sciences. A competitive candidate will be energetic, self-motivated, possess strong communication skills, and be familiar with Microsoft Office.

Our spring, unpaid internships run through the summer. We offer flexible scheduling for students. If you are interested in applying or have any questions, please contact me at 425-677-7414 or Josh.Hazard@mail.house.gov.
Posted by Zeke Rosenberg at 10:49 AM

Food & Water Watch is a leading national consumer advocacy organization that runs dynamic, cutting edge campaigns that challenge the corporate control and abuse of our food and water resources, empower people to take action and transform the public consciousness about what we eat and drink. Since 2005, we have won significant victories to protect our food and water. Our work has been featured in the New York Times, the Washington Post and other major media outlets. For more information check out our website at www.foodandwaterwatch.org.

We are currently seeking passionate interns interested in fighting for a safe, fair food system. With the current spotlight on Washington for genetically engineered food labeling, we are seeking interns who want to help pass this initiative through a real political campaign. This position is part-time, and will run for 10 weeks. Interns will have the benefit of learning critical research, grassroots organizing and advocacy skills from experienced staff.

Please fill out the interest form HERE.
Feel free to email or call Desmond Dennis with any questions
Contact: desmond@greencorps.org or (678) 358-2640
Posted by Zeke Rosenberg at 11:49 AM

My name is Cara Sullivan and I am the Intern Coordinator in Congressman Rick Larsen's Washington, DC office. We are currently seeking a spring intern, so I wanted to pass along the following announcement to you for any students who may be interested:

The Office of Rep. Rick Larsen (D-WA-02) is seeking to hire an intern in the Washington, DC office for the spring. Candidates should have an interest in and knowledge of the legislative process and American political system, possess excellent communication and writing skills, and be able to work independently.

Interns play an important role in the congressional office, and perform tasks that make the legislative process work.  They will be responsible for projects such as researching and writing memos, assisting legislative staff in committee hearings, and fielding constituent phone calls and other requests.  Other duties include leading Capitol tours and providing staff with general office support.
During their term, interns are encouraged to attend briefings and committee hearings of personal interest.

Those with ties to Washington State or the 2nd Congressional District are strongly encouraged to apply. While the internship is unpaid, we are happy to work with schools that offer students academic credit for the internship.

If you would like to be considered for an internship, please email your resume, cover letter, and two references to Cara Sullivan at cara.sullivan@mail.house.gov.

Please feel free to contact me via e-mail, or at 202-225-2605, should you have any questions or if I can be of further assistance.

The priority deadline for the Summer 2013 Institute on Comparative Political and Economic Systems in Washington, DC is coming up on February 7.

Students will earn up to 9 credits in government and economics and are guaranteed an internship in the fields of public policy, politics, or economics. More information on the program may also be found online at www.DCinternships.org . Please encourage students to apply for the priority application deadline of February 7 to receive special scholarship consideration.

To Whom It May Concern,

The Washington, D.C. and the Issaquah Offices of Congressman Dave Reichert, as well as the Wenatchee Office, which we anticipate opening on February 4th, are excited to announce that we are now accepting spring internship applications. Interns are an integral part of our office, working on the front lines of constituent services.

This is an excellent opportunity for students to gain first-hand knowledge on the inner workings of the federal government. Internship responsibilities include, but are not limited to, researching constituent requests, drafting correspondence, constituent outreach, keeping up to date on local and national issues, and data entry.  There are also opportunities for long-term research and outreach projects.

We are looking for applicants interested in government, law, public policy, or social sciences. A competitive candidate will be energetic, self-motivated, possess strong communication skills, and be familiar with Microsoft Office.

Our spring, unpaid internships run through the summer. We offer flexible scheduling for students. If you are interested in applying or have any questions, please contact me at 425-677-7414 or Josh.Hazard@mail.house.gov.